ENGLEWOOD, Colo. — The Book of Elway could use a fresh chapter.

The transaction means Brandon Allen will be Lock’s backup Sunday afternoon when the Broncos play the Los Angeles Chargers at Empower Field at Mile High. Although Broncos head coach Vic Fangio has not revealed his starting quarterback, multiple players and league sources have told 9NEWS Lock will start in his NFL debut Sunday against the Chargers.

Cutting Rypien makes sense short term as the Broncos couldn’t afford to carry three quarterbacks on their 53-man roster because they have so many injuries at other positions. And Brandon Allen now has good experience as a backup after going 1-2 as the Broncos’ starter in the previous three games.

Long-term, though, the move carries some risk. Allen is an unrestricted free agent after this season. Rypien is now subject to waivers at a time in the season when many quarterbacks are banged up and multiple teams are playing their second- and third-stringers.

If Rypien does clear waivers at 2 p.m. Monday, he would likely sign back with the Broncos’ practice squad. 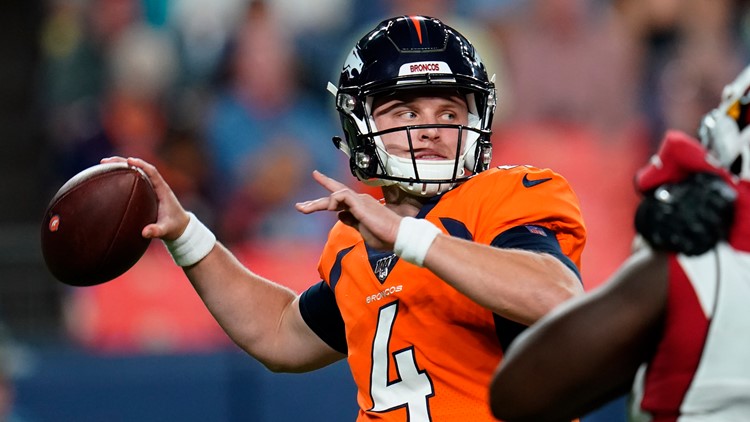 Denver Broncos quarterback Brett Rypien (4) looks to throw against the Arizona Cardinals during the second half of an NFL preseason football game, Thursday, Aug. 29, 2019, in Denver. (AP Photo/Jack Dempsey)

John Elway had arguably the most successful individual run with a single franchise in NFL history, when taking into account his 16 years as the Broncos’ Hall of Fame quarterback and first five years as the team’s general manager. He led the Broncos to a combined seven Super Bowl appearances (five as a QB; two as GM), winning three Lombardi Trophies (two in his final two seasons as QB, one in his fifth season as GM).

However, Elway’s Broncos have slumped since winning Super Bowl 50 to cap the 2015 season. The current Broncos are 3-8 and will miss the playoffs for a fourth consecutive season.

RELATED: Klis’ Mike Drop podcast: Broncos Week 13 tilt with the Chargers and 1-on-1 with Davontae Harris

The hope is Lock will be the first step toward a better Broncos’ future. He will be the Broncos’ seventh quarterback to start since the beginning of the 2017 season, following Trevor Siemian, Brock Osweiler, Paxton Lynch, Case Keenum, Flacco, and Allen.

A four-year starter at Missouri, Lock was projected as a first-round pick in the 2019 NFL Draft back in late-April. However, when the first round ended without his name called, the Broncos began plotting to move up from their No. 52 pick in the second round to No. 42.

After taking Wiggins’ product Dalton Risner, the right tackle-turned-left guard at No. 41, the Broncos swapped picks with the Cincinnati Bengals to take Lock. 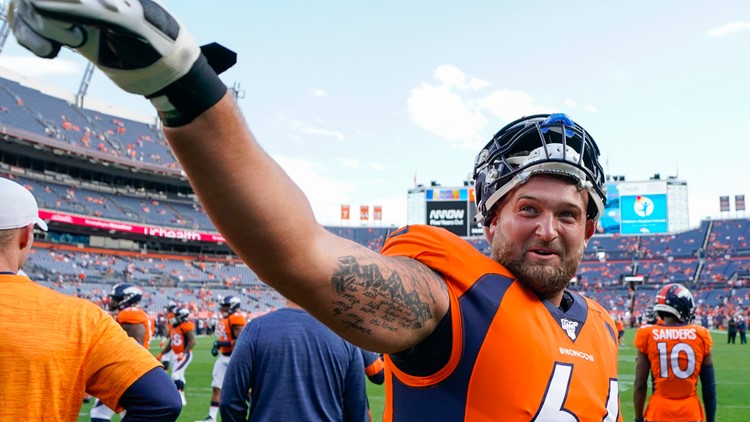 But in the third preseason game Aug. 19 against the 49ers at Empower Field, Lock suffered a severely sprained right thumb after getting sacked on the first series of the second half.

He hasn’t played since as he started the regular season on injured reserve. He wasn’t cleared to practice until Nov. 12. But after three weeks of practice, Lock will make his NFL debut Sunday.