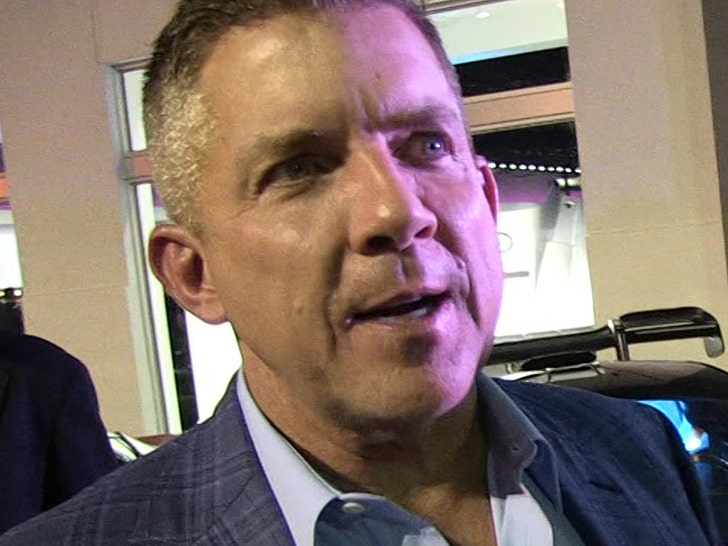 As we previously reported, Payton began feeling symptoms on March 15 and got tested the following day. Now, after more than a week into self-quarantine, Payton says he’s doing much better.

“I’ve been fortunate. You stay inside like everyone’s doing, and you find ways to pass the time. We had a competition committee meeting the other day on teleconference. But, I’m feeling a lot better.”

Payton joked that he’s been passing the time binging on Netflix shows — like everyone else.

He also addressed the criticism he got for going to a horseracing event in Arkansas on March 14 — despite warnings about coronavirus.

“My Twitter blows up. ‘Hey, what is he doing at the races?’ Hey, if I knew I had this, I wouldn’t have been at the racetrack two weeks ago. And the racetrack was closed. I was there in a small ownership group,” Payton said.

“And then [people complained], ‘He got a test on Monday without symptoms.’ I had symptoms. I wasn’t gonna use a test if I didn’t have symptoms.”

Now, Payton is focused on educating the masses … and issued this warning to the public.

“We’re not invincible, and every one of us certainly can catch this thing. Shoot, we’ve got politicians, athletes — you name it, they’ve caught it. Prince Charles caught it, right? So it doesn’t matter if you live in a castle or you live in an apartment.”