NASCAR is returning to racing at Darlington Raceway on May 17, and it’s getting right to it.

To reduce the amount of time teams have to spend at the track, the Cup Series is skipping practice and qualifying for the event. Here’s how the starting positions will be assigned. 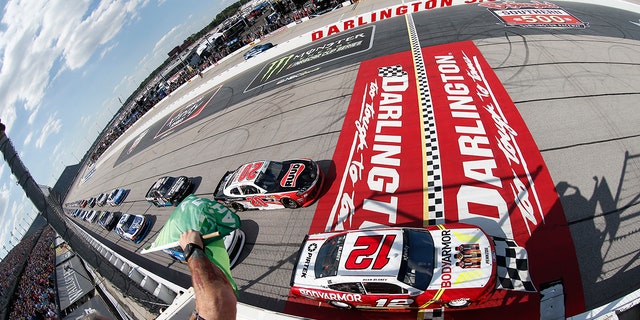 Positions 1-12 will be determined by a random draw among charter teams in those positions based on team owner points earned through the first four races that were held before the season was suspended in March. The same process will be used for positions 13-24 and 25-36, separately, while the final four spots will be filled with non-chartered teams based on points, with no draw.

For the second race scheduled for Darlington on May 20, positons 1-20 will be set by inverting the order of top 20 finishers from the first race and 21-40 by doing the same for the bottom 20 finishers. Additional teams that enter will be placed at the back of the field.

Qualifying will be held for the Coca-Cola 600 at Charlotte Motor Speedway on May 24, and the results from that race used with the 20/20 method to set the lineup for the next race at the track on May 27.

Spectators will not be allowed at any of the races, and teams will be screened for COVID-19 symptoms and operate under social distancing protocols at all of the venues.

NASCAR is aiming to complete a full 36-race season this year, and the schedule for June and beyond is still being developed. However, Chicagoland, Sonoma and the spring Richmond race have been dropped from the 2020 slate, replaced by the two May Darlington races and the May 27 Charlotte event.